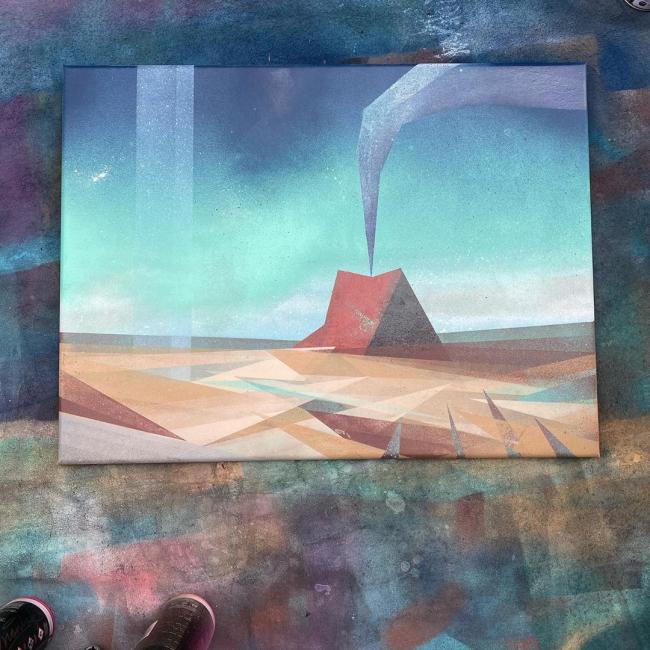 There is a small volcanic plug that sits just off I-25 north of Walsenburg, CO that has captured my imagination since I was a small child. https://goo.gl/maps/xVjFge5viNjEJ8vK6  It was called "El Huerfano" (the orphan) by Spanish explorers and is a volcanic plug, not a cinder cone (as I always thought it was) and may not have ever reached the surface... I envisioned it as a smoking, active volcano of course, and painted it as such.